In New York, Andrew has been seen Off-Broadway as Ethan in Jack Canfora’s Jericho (New York Times Critics’ Pick), in the world premiere of Acts of Love at the Kirk Theatre, and in TBTB’s production of A Midsummer Night’s Dream. His one-man show Worker Bee, which he wrote and produced, was twice featured at PSNBC, the live performance space of NBC Television.

Andrew’s regional credits include THIS at TheaterWorks Hartford, Around the World in 80 Days and Bloody Blackbeard at Triad Stage in North Carolina, Mojo at Wellfleet Harbor Actors Theater, the world premiere of Jericho at NJ Rep, I Hate Hamlet, Rounding Third, The Owl and the Pussycat, and A Thousand Clowns at the Bickford Theatre, Pentecost and Night and Day at Burning Coal Theatre Company, Barnum and Love’s Labour’s Lost at PCPA Theatrefest, and The Play’s the Thing and The Makropoulos Secret with Washington Stage Guild.

Television audiences have seen Andrew on Law & Order:SVU, Gossip Girl, Law & Order, and All My Children, as well as in numerous commercials, most notably the ‘big hands’ spot for Yahoo! Personals.

Andrew holds an M.F.A. from the American Conservatory Theater’s Advanced Training Program and a B.A. in Drama from Duke University.

Jill has starred on Broadway in Moonchildren, All Over Town, Summer Brave, Watch on the Rhine and Onward Victoria. Her off-Broadway performances include Eccentricities of a Nightingale, Uncommon Women and Others, Lemon Sky (Obie Award), Life Under Water (Obie Award),  The Kid (Drama Desk nomination), and Jericho by Jack Canfora.  Last spring Jill and her husband Michael Tucker performed in Michael’s play The M Spot at New Jersey Repertory Company.

Her feature films include  Between the Lines, Butch and Sundance: The Early Days, Rich Kids, Hide in Plain Sight, Arthur, The Manhattan Project, and – more recently – Something Borrowed with Kate Hudson and  Young Adult, playing Charlize Theron’s mom.  Jill has appeared in numerous films for television including An Inconvenient Woman and Chantilly Lace.  And she’s had many guest starring roles including on Numbers, Law and Order and Body of Proof. 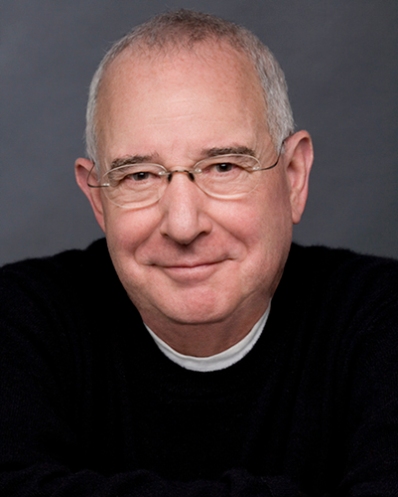 A veteran stage, film and television actor, Michael Tucker is perhaps best known for his role as Stuart Markowitz in the hit series, L.A. Law.  His 8-year stint on the popular NBC-TV drama brought him three Emmy™ nominations and two Golden Globe™ nominations.

Off-Broadway: Based on a Totally True Story, Modigliani, The Rivals, Mother Courage.  Broadway: Trelawney of the Wells at Lincoln Center, The Goodbye People, I’m Not Rappaport as well as principal roles in The Merry Wives of Windsor, Measure for Measure and The Comedy of Errors for Joe Papp in Central Park.

Michael’s film credits include Woody Allen’s Radio Days and The Purple Rose of Cairo, Barry Levinson’s Diner and Tin Men, Paul Mazursky’s An Unmarried Woman Lina Wertmuller’s A Night Full of Rain, The Eyes of Laura Mars, Network, Checking Out, For Love or Money with Michael J. Fox, Mighty Ducks II  (a Disney hit), and Till There Was You with Jean Tripplehorn.

TV credits include the Emmy award winning TV mini-series Concealed Enemies, the three hour Emmy award winning TV movie Day One, Too Young to Die with Juliette Lewis and Brad Pitt. He appeared as Harry Rosenthal opposite Tracey Ullman both on the original TV Movie, Tracy Takes on New York and on her highly acclaimed HBO series, Tracey Takes On.

With Jill, “The Tuckerberrys” have also appeared together on stage in A.R. Gurney’s Love Letters, Enter Laughing –The Musical and Brace Yourself by David Epstein.  They acted together on TV in Hill Street Blues and such TV movies as A Family Again, Gone in a Heartbeat, Assault and Matrimony, A Town Torn Apart and Archie’s Wife, which also featured their daughter Alison.

Jill and Michael produced a documentary film, Emile Norman – By his Own Design, which aired on PBS.  It has become a perennial during Gay Pride every June on PBS stations across the nation.

Kevin appeared on Broadway in Brooklyn Boy and Off-Broadway in Ethel Sings (The Beckett), By The Way, Meet Vera Stark (Second Stage), Almost, Maine and The Boys in The Band (both for The Transport Group), Jericho and New House Under Construction (both at 59E59 Street Theatre),  Aliens with Extraordinary Skills (The Women’s Project), Trust (The Play Company), The World Over and The Water Children (both for Playwrights Horizons), Twelfth Night, Venus, WASP and Other Plays (all for NYSF/The Public Theater), Everett Beekin (Lincoln Center), The New Bozena (The Cherry Lane).  His regional theater credits inlcude My Wonderful Day (Two River Theatre), Twelfth Night (McCarter Theatre), The Glass Menagerie (The Old Globe), Brooklyn Boy (South Coast Repertory Theatre), As Bees in Honey Drown (Provincetown Repertory Theatre), The Rainmaker (Baltimore Center Stage), The New Bozena (The Hudson Theatre, The Tiffany Theatre), Venus (Yale Repertory), Equivocation, The Alchemist, The Liar, Accidental Death of an Anarchist, Around The World in Eighty Days, King Lear, As You Like It (all for Shakespeare Theatre of New Jersey).

Kevin has appeared in numerous films, including Miles, Blumenthal, Frank the Rat, The New Bozena, How The Grinch Stole Christmas, Uninvited, 24 Nights, Academy Boyz, and The New Yorker.

He has appeared on TV in Deadbeat, Smash, Fringe, Damages, Boston Legal, Law and Order, The Summer of Ben Tyler (Hallmark Hall of Fame), All My Children, and Viva Variety.

Kevin received his MFA from the NYU Graduate Acting Program